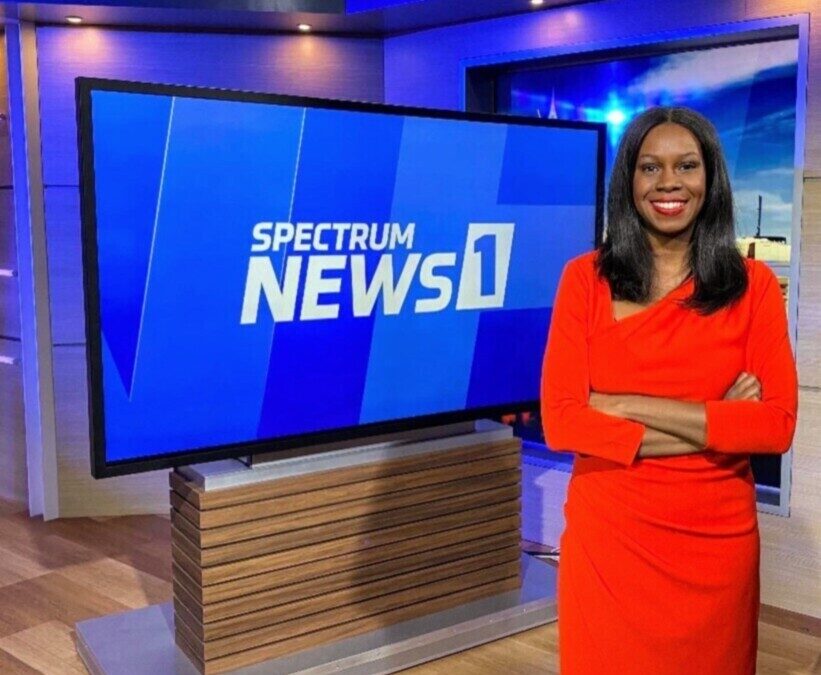 March celebrates the achievements of women, and we are excited to introduce you to an inspiring woman whose favorite advice to any student with a bright future in mind is to “never give up.” Siobhan Riley says she is “a living witness of what can happen if you keep going despite setbacks, roadblocks, rejections, and disappointments.”

Riley graduated from Northwest Guilford High School; she said school was always a challenge. “When I was in the sixth grade, I struggled in English and writing. So much so, that I was taken out of my English class with students who were considered advanced and placed into a class with students who were told that their reading comprehension was not on a high level,” said Riley. “I could have given up but instead I was determined to work hard to both master reading comprehension and ultimately read more books than anyone in class.”

Facing that challenge head on, Riley saw a change begin to happen. “By the time I got to high school, my weakness became my greatest strength thanks to hard work as well as my 10th grade English teacher Mr. Herndon,” she said. “I was that student who didn’t really have the highest self-esteem, but he was the one who said that I was going places and that everyone would know my name someday. He was also the one who announced in class that I had one of the highest writing scores in the state of NC, which was a real game changer for me.”

After graduating from high school with a new dose of confidence and a dream to become a journalist, Riley enrolled at North Carolina A&T State University where she earned a bachelor’s degree in journalism and mass communication. “This is the place where I found my voice thanks to professors who, instead of making life easy on me, pushed me to my highest potential,” said Riley. “In fact, I still look back on many of the notes that I took back then.”

Along with once again encountering some life-changing professors, Riley also began to find her first set of television journalist mentors while attending NC A&T. “When I was in college I had the opportunity to work on a couple of projects with a couple of reporters from WFMY, including Sandra Hughes and Rosemary Plybon,” said Riley. “Just watching them and how they worked I kept thinking that I could do that. Also knowing that I would be following in the footsteps of people like the first African American woman to host a journalistic program was so exciting.”

After taking a brief hiatus from reporting to serve as director of marketing and communications for a Tennessee state representative’s district office, Siobhan eventually returned to her first love – reporting at Fox13 Memphis. “I absolutely loved this job where I had the opportunity to feel like I had finally made it, but there was one thing missing – home and family,” said Riley. “I have always been close to my entire family, who all live in North Carolina, and during the pandemic I began to really miss home. So, I decided to find a way to follow my dream to become a successful reporter right here at home.” Today, Riley is back home working as an anchor/ reporter with Spectrum News 1 in Raleigh. “Reaching this point in my career came with a lot of rejections, roadblocks, and setbacks, but with a lot of faith in the fact that setbacks are just a setup for where God is taking you, as well as perseverance and determination I am right where I feel I was being led,” she said. “So, if you are facing a student who is facing a setback or roadblock right now, my advice is don’t ever give up, even if you lose hope because I am living proof that you can do anything that you set your mind to.”

We thank this Guilford County Schools alumna for sharing her success story with us. If you are a Guilford County graduate who would like to inspire others with your story be sure to contact Say Yes Guilford today at info@sayyesguilford.org.